In the beginning of the year 2001 we received 263 boxes of blankets from the United States of America and began distributing them to the orphanage/schools. The boxes have been sent with an average of nine blankets in each box. The boxes usually arrive with about forty boxes in a shipment. The blankets were donated by the Sunbeam Corporation and many individuals paid for the shipping costs. The blankets were distributed to many orphanage/schools for the children. We also continued to provide children with clothes, birthday presents and Christian literature. 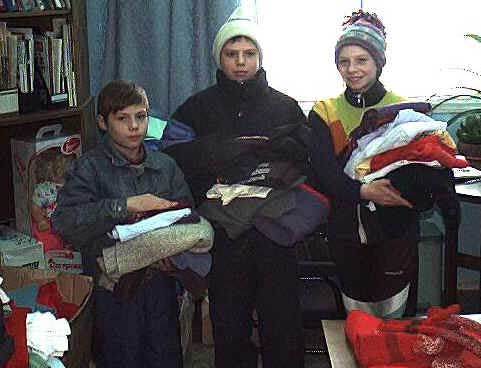 During the year 2001 ICH has been realizing the "Birthday Gift" Program in the framework of which every orphan from the orphanage/internoit school #2 in Izhevsk is supposed to receive a birthday present. The children are formed according to the season of their birthdays. Birthday holidays in the orphanage took place 4 times a year: in winter, in spring, in summer and in the fall.

The Center for Hope assisted 39 needy families with foods, clothes, medicines and school supplies for the total sum of 34522 rubles. 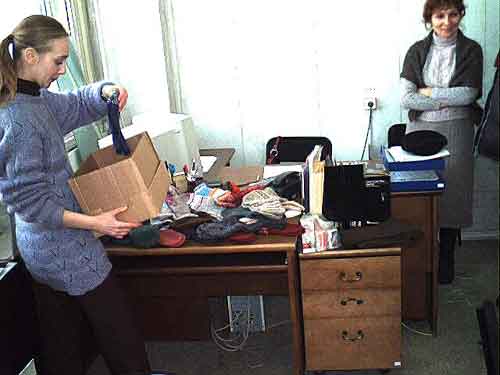 The International Center for Hope gave 5000 rubles to the school as a birthday present and also 10300 rubles for dry heat closet to sterilize the clothes in.

17000 rubles were donated to the orphanage for visually impaired children "Kanifolny", which purchased two massage pools and a soft module for the children.

Medicines, gifts, ointment, Band-Aids, hygiene products were delivered to the Orphanage for Severely Handicapped Children. These items were donated and sent from America by several church groups and individuals.

The Mucus Suction Machine for the Orphanage for the Severely Handicapped arrived and we were given an opportunity to see it in operation. This was donated by a friend in America. 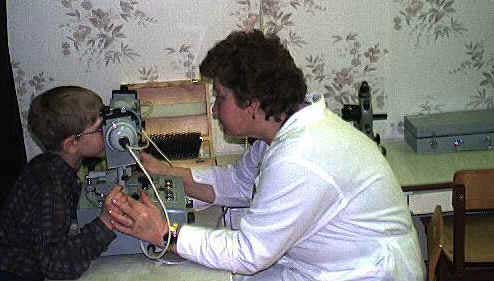 ICH provided funds for 14 pairs of shoes for 14 boys graduating from "Poor" orphanage. Also we provided medicine for woman who has Multiple Sclerosis and clothes to Internoit School #75 and Internoit #2 for students who had no clothes. 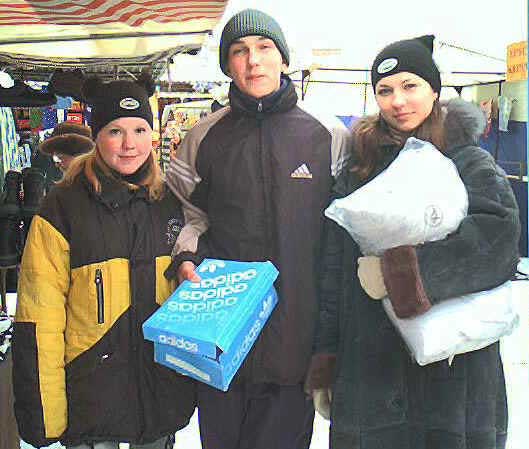 We received Certificate for Humanitarian Aid from Moscow Customs Committee.

The Center purchased and gave a stereo to the internoit/orphanage school #2, to be used in the dormitory.

We held an Art Exhibition for the children of the Internot School #2 and children of "Poor" Orphanage. Grand Prize winner, First Place, Second Place, Third Place and honorable mentioned were awarded with prizes for their efforts, the rest of participants were given small souvenirs. The drawings were then placed aboard "The Street Car of Dreams" which displayed the pictures for 3 days. The children were instructed to draw "If I could dream of...", and we then judged accordingly. "The Street Car of Dreams" was hosted by International Center for Hope with help from youth of Church of Philadelphia who sang and told the story of Easter. Many people left the Street Car in tears after hearing the story of Easter for the first time. 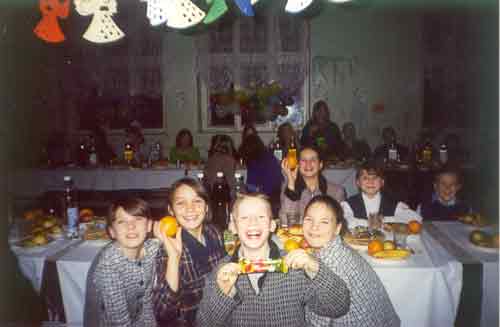 In May we also took part in the Music Festival at Kirov Park of Izhevsk. It was held as a part of Izhevsk City Day together with a creative group "Love garden".

We helped School # 75 with the kitchen machinery repair (we gave 10000 rubles for that) and bought and donated hygiene products there, too. Also 60 hygiene kits (each consisting of toothbrush, toothpaste, soap, haircomb, and washcloth, and we also bought cards to congratulate the kids and plastic bags to put the kits into) were formed and donated to the smaller children ( 7 to 10 years old) at this School. 52 Hygiene kits (that were sent ready) were given to the older kids at the Internoit School #2 - they contain big towel, washcloth, soap, haircomb, toothbrush and toothpaste. We also gave these children some clothes and lingerie.

We also bought 40 kilos of wool for knitting socks and mittens for the kids at the Orphanages. All the wool was given out at Izhevsk churches and members of them knitted all the items. Then they were given to the kids from the Orphanages.

In sum, the Internoit/orphanage school #2 Izhevsk, Russia, was supplied with medicines, foods, clothes, hygiene kits, school supplies, glasses and blankets. Also a stereo and new year presents were purchased for the school, and the funds were given for the building repairs. The total sum of the help was 163 889 rubles.

The orphanage school #75 got assistance of medicines, hygiene items, clothes. The children were given presents. 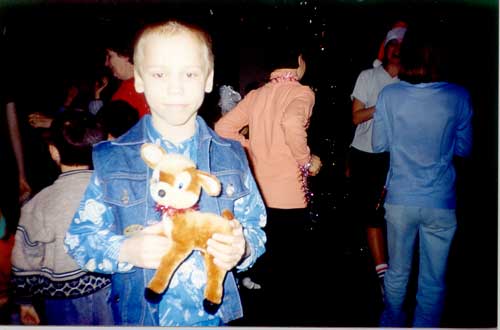 We thank everyone who helped us in making needy people's life warmer and at least a little better! May the Lord richly bless you!