Back
Since Russia's Christmas is on January 7th, December is a month of preparations for the New Year Celebration. New Year's is the day when Russians exchange presents and have all their celebrations. Therefore, ICH has devoted most of the time in December to preparing for the performances at the various orphanages and assembling the gifts for the orphans and some needy families. 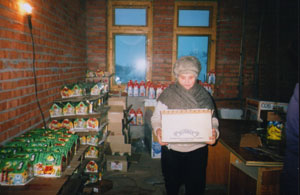 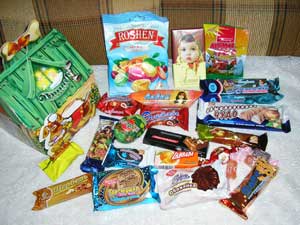 The Christmas Performance was based on the Fairy Tale written by Max Lucado, an American writer. One of The Center's volunteers, Dr. Vyacheslav Kuznetsov, composed 7 songs especially for the play, which could be called a musical. Bright costumes were made by many volunteers, staged several dances and rehearsed many times. The director of the play, Yuri Chubukov, an art leader of the theater group, "Parable," was in charge of the performances and did a great job!! Two performances were held on the 7th of January at one of the Culture Centers in the city of Izhevsk.

Twice a week ICH staff visited the Orphanage/Internoit School #2. The children are always so excited when we visit and welcome us with love and joy. The volunteers talk with the children actively, discussing the topics devoted to friendship, love, and self-esteem. Each meeting is normally concluded with a movie or games.

December brought us 6 needy families to assist. Food, clothing, shoes and toys were given to them.

Work on The Center office space continued during December. It is almost repaired.

We are especially proud about the opening of the ICH Branch in Vodkins. We are thankful that we have finished all the legal matters concerning the opening now. The office is ready to accept needy families; volunteers have been found that will work with both the children and chemical dependent people (addicts). During December, time was devoted to the preparation for the first Charity Christmas Tree. A special script was written for this presentation. The Vodkins office is following the same policies and practices as ICH in Izhevsk.

As always, we are truly thankful for all who have assisted us with monetary gifts as well as those who volunteer their time. Without these people, we could not do all the programs and projects nor purchase gifts for the orphans and food/clothing for the needy.